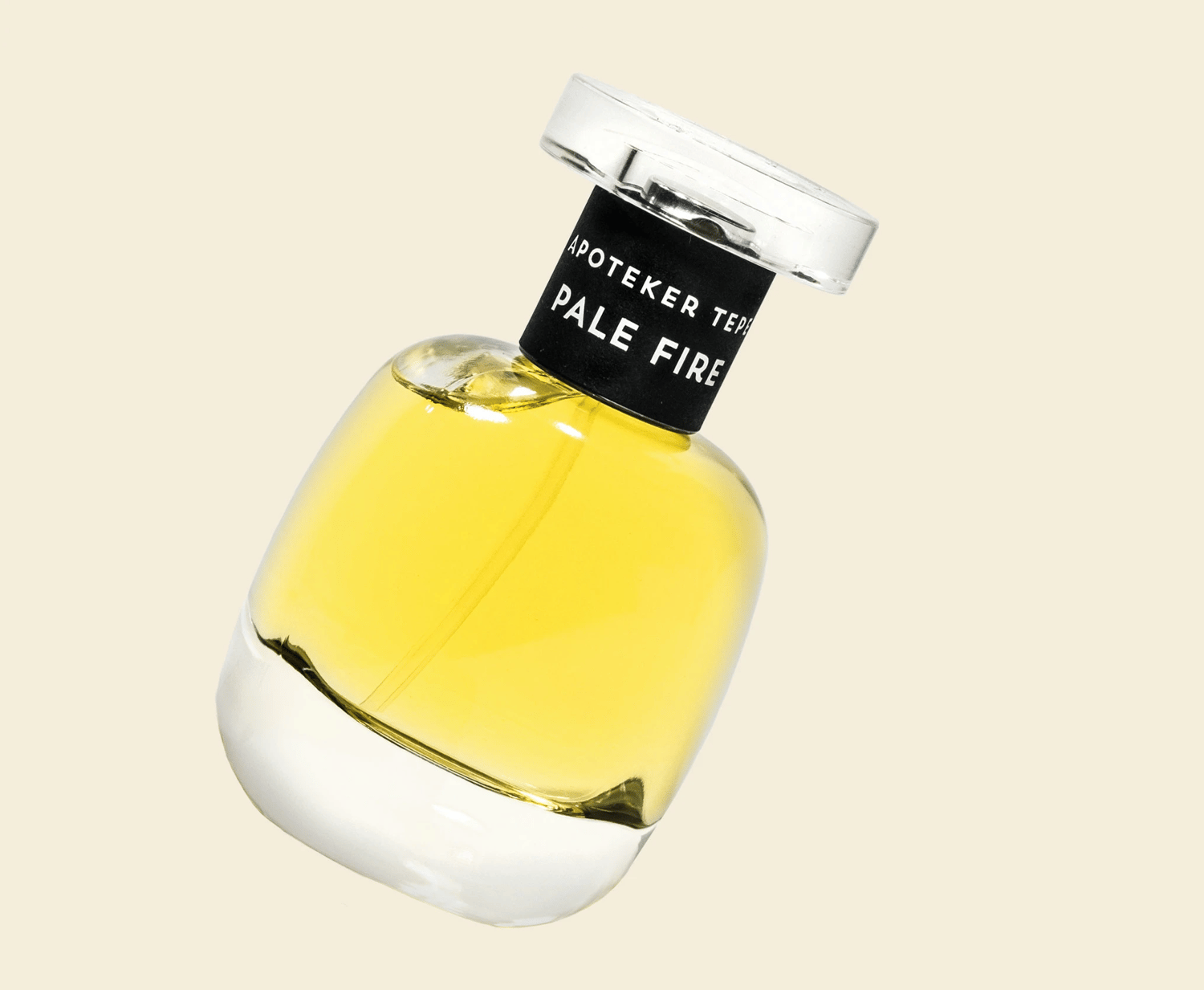 Pale Fire is a deconstruction of amber, the first fragrance type to rely on synthetics, but changes this ‘fantasy’ note into something real— the integration of Spanish wildcrafted labdanum absolute and a rare supercritical extraction of Tahitian vanilla. Like the poem which bears its name, Pale Fire exists between appearance and essence, completeness and incompleteness, real and unreal— it is the smell of the feeling the Portuguese call saudade— the longing that remains after a disappearance.

"He borrowed some peripheral debris
From mystic visions; and it offered tips
(The amber spectacles for life's eclipse)—
How not to panic when you're made a ghost:
For we die every day; oblivion thrives
Not on dry thighbones but on blood-ripe lives,
And our best yesterdays are now foul piles
Of crumpled names, phone numbers and foxed files.
I'm ready to become a floweret.
Or a fat fly, but never, to forget."

Part of the Apoteker Tepe Collection, by Holladay Saltz

0 Items in your cart
Keep shopping